Public Key Infrastructure (PKI) is a system that allows you to encrypt and sign data for better security purposes. PKI certificates digitally authenticate the identity of a user in order to ensure safe use of an account, device or service. PKI provides a safer way for a known user to securely connect to both public systems like web pages, as well as private systems like VPN’s, Wi-Fi® and other forms of multi-factored authentication systems.

Usernames and passwords are becoming a thing of the past for modern businesses. PKI certificates at the same time are becoming more prevalent and cost-effective giving more reason for companies to throw out the standard username and password as their authentication mechanism. 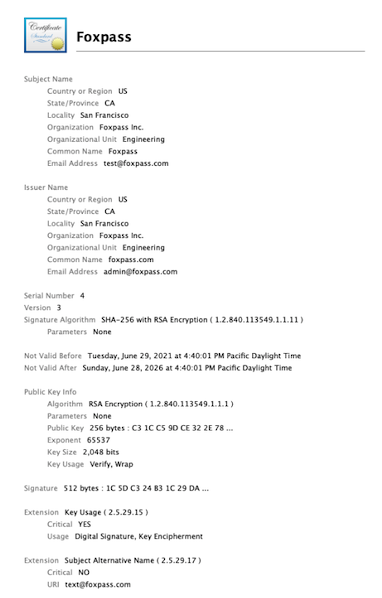 Credentials are easy to hack

An account with a single layer of security at the gate can be highly susceptible to outsiders and bots that can guess the password within minutes. PKI certificates use industry-grade encryption and the standard Simple Certificate Enrollment Protocol (SCEP), providing an easy and secure way for device enrollment and subsequent authentication.

Man-in-the-middle (MITM)  attacks are when an outsider intercepts communication between two parties. For example, when an employee accidentally clicks on a link within a phishing email, the MITM can gain access to the email account and even the device. But with PKI,  there are multiple levels of security through the public/private key combo. So even if an attacker is able to gain access to the public key, their efforts would render it useless because, in order to understand the message, they would need the private key in order to decode the data.

In situations without PKI Certificates and SCEP, anyone can give the username and password of your Wi-Fi® network to someone else. This leads to a situation where unknown users can keep using your network without your knowledge and permission. PKI certificates entirely replace Wi-Fi® passwords and only gives network access to a chosen group of users. Foxpass's SCEP as part of our Advanced RADIUS helps your chosen users to easily enroll their devices thus allowing you to keep a track of which users have access to your Wi-Fi® network. Here, you can easily revoke access to any user by revoking his/her SCEP certificate from the Foxpass Console.

Businesses both big and small can quickly secure their Wi-Fi® networks using Foxpass’s Simple Certificate Enrollment Protocol (SCEP)--fully managed and easy-to-implement. Moreover, Foxpass SCEP certificates expire every 5 years compared to regular certificates that expire every year and thus can reduce a lot of hassle to the IT teams every year.

Better protect your Wi-Fi® network with a PKI management/SCEP system like Foxpass’s. For more information, schedule a demo or talk with a representative at help@foxpass.com

Wi-Fi is a trademark of Wi-Fi Alliance®